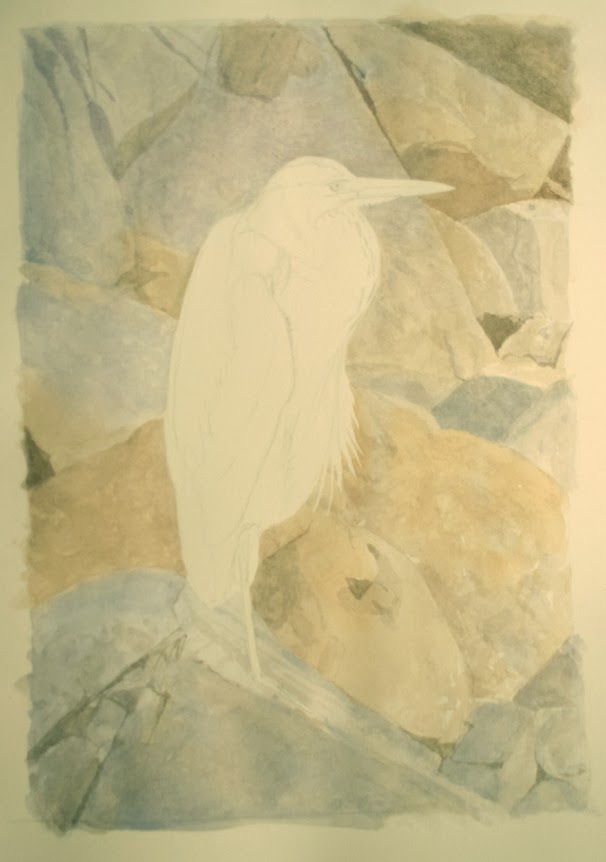 Here the background is almost complete but I'll still do some more work to it later. Mostly this stage was a case of deepening the values of the rocks here and there but I didn't want to go too dark - I  was actually reserving the final colors until after I had completed the heron. Usually I would do the background first but initially I wasn't sure how the bird was going to look against the rocks - would it stand out enough or simply fade into the background. Often with drawing and painting, there are many such questions! Still, it seemed okay at this point but even though this is the third of four parts, I felt that I was only about half-way through!
Posted by Jeremy Pearse at 9:58 AM