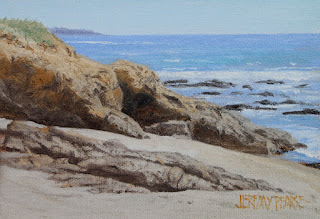 Visiting Costa Rica with friends was an unforgettable experience that has resulted in a whole series of paintings. Mostly these are smaller studies done in oil with the intention of doing some larger paintings when I get back to the studio. One day in particular when I had a few hours to myself, I walked for some time along the coast and found some lovely places to paint. That outing alone has resulted in 5 or 6 studies with more planned. 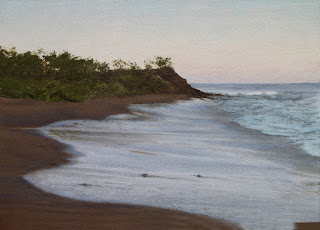 Weather was truly outstanding with cool breezes in the mornings and bright mostly sunny days - talk about tropical paradise! The whole trip was well organised and we managed to see most of the country. 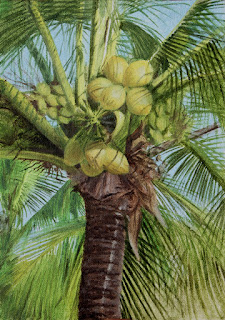 A lot of time was spent either in the pool or walking the beach. I tried getting up each day at dawn and seeing what was about before anyone else was up. Plenty of birds and truly spectacular scenery. 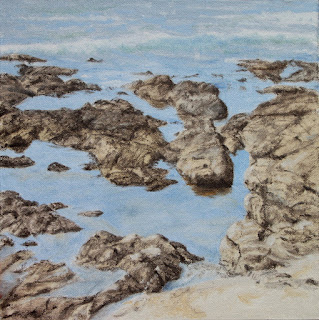 What impressed me the most was the complete diversity of life and how in balance most of the country seemed. I felt completely at home there and could have stayed for months! For once I was able to spend my time as I had hoped, living my authentic self, travelling, observing and painting - for that I am truly grateful!
Posted by Jeremy Pearse at 8:51 PM 1 comment: 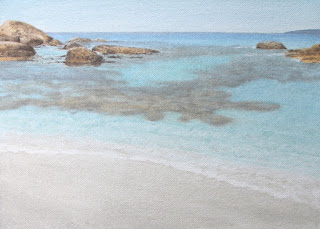 Arriving in Hobart - the capital of Tasmania - was interesting as it is very picturesque with great museums etc. Surrounded on one side by mountains, the other faces a sheltered bay. We though, were staying about 45 min out of town in a very quiet village by the sea. Connecting with old friends was wonderful as it had been quite some time. John lives as a poet and editor so happily works from his garden office while M works in Hobart. Still, not much of a commute though - hardly any cars on the road and not a single traffic light until you get close to the city! Definitely my kind of place then. The general landscape was in a way similar to the mainland but still had plenty of its own beauty and charm. 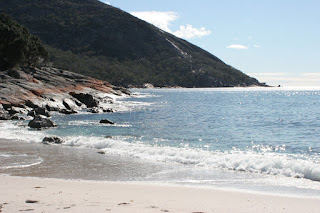 Taking a two-day tour of North-Eastern Tasmania was a perfect introduction to the country! Our visit took us to most of the major tourist attractions and included a few strenuous hikes! Well worth it though and although I didn't manage any paintings over those few days, I did gather plenty of reference - both photos and sketches. Later in the week we took a trip over to Bruni Island  which was really unforgettable! Wonderful hikes through the forest and along the shore - great birds and perfect company -  couldn't have asked for more. We had lunch at a beach so beautiful that I could have lived there for the rest of my life! 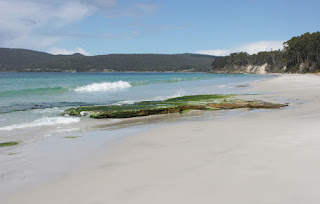 Memorable birds included a fly-over of a large flock of Black Cockatoos - some of them landing in the trees right under where we sat - and both Scarlet and Flame Robins. We also picked up most of the endemic birds of Tasmania so were well happy with that side of things. Common birds were also welcome and John's garden attracted many including a breeding pair of Blackbirds. Wonderful waking in the mornings to Blackbird song as that really took me back to England where I was born. 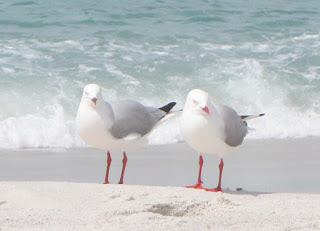 So all in all, a great introduction to Australia and Tasmania - pity we had to leave so soon . We felt quite at home there and could have stayed for months. An added bonus thanks to John, was the sighting of 3 Wedge-tailed Eagles overhead as we drove to the airport on our last day! We will have to go back soon but for now the focus is on our next trip to Costa Rica. 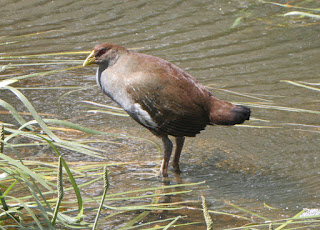 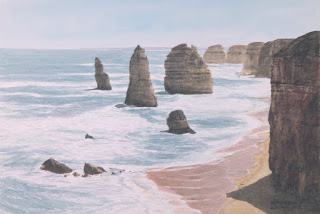 Taking another day-trip from Melbourne, we traveled south down to the coastal road and onto the 12 Apostles. These offshore rocks tower over the sea below and are spectacular to say the least. There are a few viewing areas - the watercolor above shows probably the best of them - but the area is very busy with tourists, so setting up and doing any painting there would have been very difficult - the most I could do at the time was a quick sketch! We were also under a rather strict time constraints as there were other places to see and still the long drive back to the city. At least I would be able to work on the painting when I got back to the hotel room in the evening. 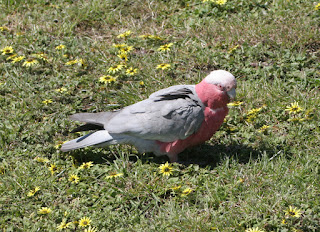 Birding was great! Some birds seen on the trip were more easily approached (and photographed) than others such as the Galah above. The coastal landscape was also very inspiring and I'm sure will be the subject of more than a few paintings. Fortunately the weather was equally as inspiring with only a brief rain shower and some overcast - it was hot but not humid. 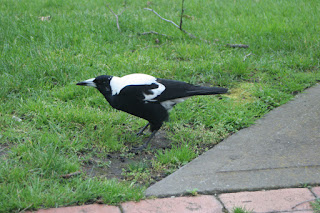 Birds were quite tame back in the city too and taking a boat trip upriver was an unforgettable experience with quite a lot of new species seen. We also did a lot of walking around exploring the parks and enjoying what Melbourne had to offer. There is a lot of history there and some fabulous older buildings. 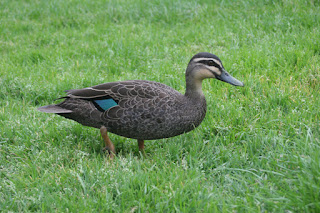 The next stage of our trip was a short hop across to Tasmania where we were meeting and staying with a friend from our Hong Kong days. I'll cover that part in the next post.