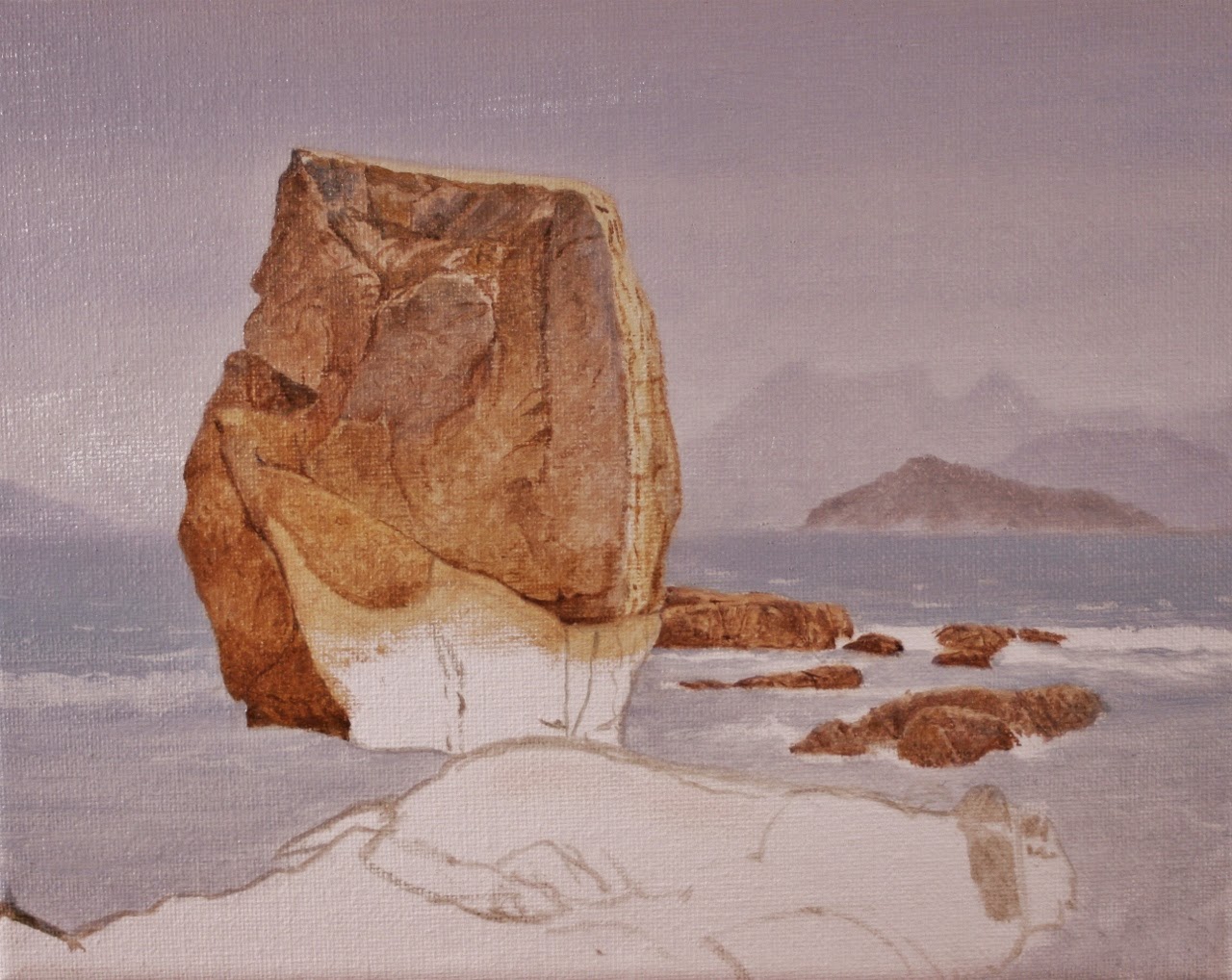 Here you can see that I have got quite a lot done. I should have taken a pic after I had completed the background but became so involved in the painting that I forgot! I used a mixture of greyish-blue for the sky, going slightly darker (and greyer) for the distant mountains - actually Victoria Peak on Hong Kong Island. I worked on the sea a little but I will probably have to do some more to it when I have got most of the painting done, The rocks were first laid in using a thin pale mix of yellow ochre scrubbed on with a bristle brush then over-painted with darker browns and a touch of ultramarine blue. Further details and textures etc were added with a smaller brush while the paint was still wet. Unfortunately there is a glare in the upper left of the painting caused by the wet paint but I am happy that this one at least is going in the direction I want it.
Posted by Jeremy Pearse at 6:41 PM

Certainly more than "heading in the right direction" - it's a very characteristic HK rock formation...