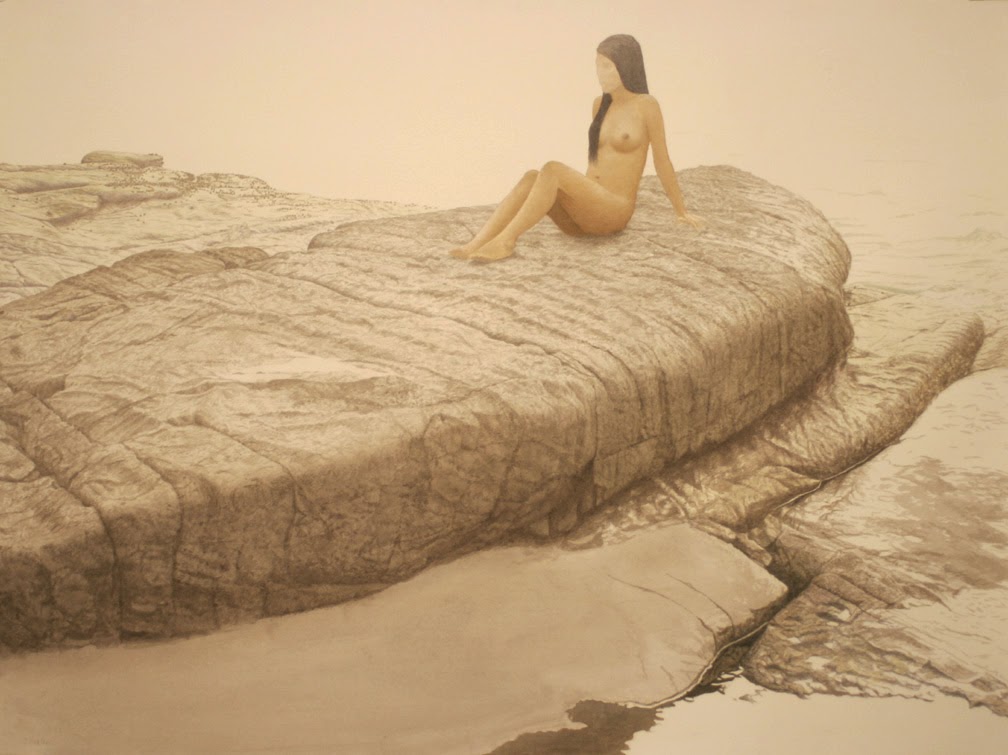 I completed the first pass of the large rock using mostly thin washes as before then followed with smaller details for both texture and to help shape the various rock forms. More work was done to the further rock shelf keeping things light and underdeveloped at this point. Washes to the figure also helped maintain a general tonal harmony as I was careful to keep both parts of the painting coming along at the same time. This helped me get a better overall feeling of the work and was easier to see what part to work on next. It's getting there but still lots to do though!
Posted by Jeremy Pearse at 11:03 AM

This is coming along nicely!

Vernon, thanks! I do hope to finish it soon as it has taken long enough!