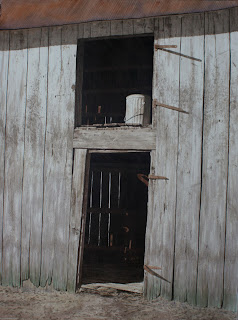 After working on a few different things, I returned yet again to the barn painting as I felt that there were a few areas that could do with a bit more work. Mostly it was a case of generally darkening some of the tones in various areas and adding a few smaller details. I also worked on the ground being unhappy with what I had done before but am still not totally satisfied with it! I did intensify some of the textures on the upper section of the painting as well and added a bit more green to the lower. It's about finished now so I'll be thinking about getting it in a frame. I'm also thinking about the next watercolor which will be somewhat similiar but also a little different - watch this space!

Posted by Jeremy Pearse at 8:59 AM